Zillow (Z) paused its homebuying program last week. And it won’t be purchasing any more homes until next year – at the earliest.

Zillow specifically, are using algorithms to make sight-unseen offers on houses – then selling them for a profit.

Let’s look at why Zillow paused its iBuying program, then examine the housing market as a whole to figure out how we’ll know when the building boom is at its end.

The company went on a buying spree. And now, it has an inventory of roughly 3,800 single-family homes.

The median sale price of a home in the U.S. just reached an astonishing $404,700. A back-of-the-napkin estimate determines that Zillow has a little more than $1.5 billion worth of homes on its books…

Zillow does not buy these houses as investments simply to sit on them and collect rent like a real estate investment trust (“REIT”) might do… Instead, it wants to flip them as quickly as possible, for as much as possible.

That means Zillow is extremely sensitive to price changes in the housing market. And it needs to turn its inventory quickly… Otherwise, the market could drop below the predicted prices that Zillow uses to calculate the profitability of its deals.

But – and this is the important part – Zillow assumed it would have access to contractors to do the restoration work needed to flip its newly bought homes.

If you’re even remotely aware of the state of the world, you know that was a mistake. Nearly every industry is fighting for workers these days… And that’s especially true in labor industries like construction.

So Zillow is not hitting the brakes on its homebuying program because it fears a collapsing market. The company bought up a bunch of homes, but it didn’t have the labor it needed to get them flipped in a timely manner… And now it needs to clear its inventory before it can take on more.

So, what does this say about the state of the housing market?

Mostly it tells us that the U.S. is still in the midst of a labor crunch. And that Zillow is in an incredibly risky position as a result of that, holding a bunch of not-yet-ready-to-sell houses.

This is a big part of the reason why Zillow’s stock is down 30% so far this year.

High prices will push people out of the homebuying frenzy, at least briefly. And we’re already starting to see a downtick in consumer-sentiment data.

People are still buying. They’re just not happy about the prices.

New single-family home sales currently hover at an annualized rate of around 740,000, according to the U.S. Census Bureau and the U.S. Department of Housing and Urban Development. That’s still relatively near what it was from 2016 through 2019.

Despite some wild COVID-19 pandemic fluctuations, consumer behavior in the housing market has mostly stayed on track. And this shouldn’t come as a surprise.

Let’s take a look at the data another way. 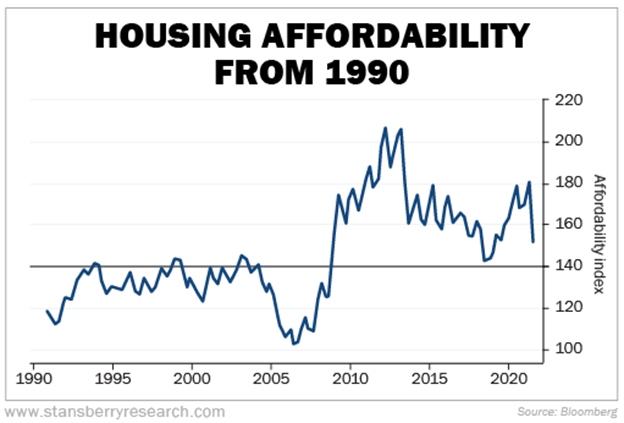 This chart looks at affordability data all the way back through the 1990s. Since that time, the average affordability index has been around 140… indicated by the horizontal line on the chart above. And it’s pretty darn obvious what threw us off that line.

The housing bust in 2009 sharply increased the affordability index by sharply decreasing the average price of homes. Only now are we settling back toward our long-term affordability average of roughly 140.

The takeaway is clear.

People hate that housing prices are up, but that hasn’t dramatically slowed purchasing. And more important, the average American is still able to “afford” a mortgage based on this measure.

Current estimates put the housing supply at roughly 5.5 million units below the demand. Two million of that comes from the single-family home shortage. And the remaining 3.5 million missing units are in the multifamily category.

You can’t get around supply and demand. It’s Economics 101… As a result of these numbers, Goldman Sachs is predicting another year of double-digit growth in 2022.

So when does the housing boom end? Only when supply starts to catch up with demand.

Till that happens, everything else is just a speed bump.

High prices might be one of those speed bumps, slowing the pace of buying. But high prices don’t mean that families in need of homes cease to exist. They’ll just wait for an entry point that they can afford.

It’s the same thing with rising interest rates. If rates rise, home payments rise with them. And that means houses get harder to afford.

That’s also true of the end of the eviction moratorium. Non-payers being forced out of their home might produce some liquidity in the market, but it doesn’t solve the underlying problem…

America needs more homes. And it doesn’t seem this need will be met anytime soon. 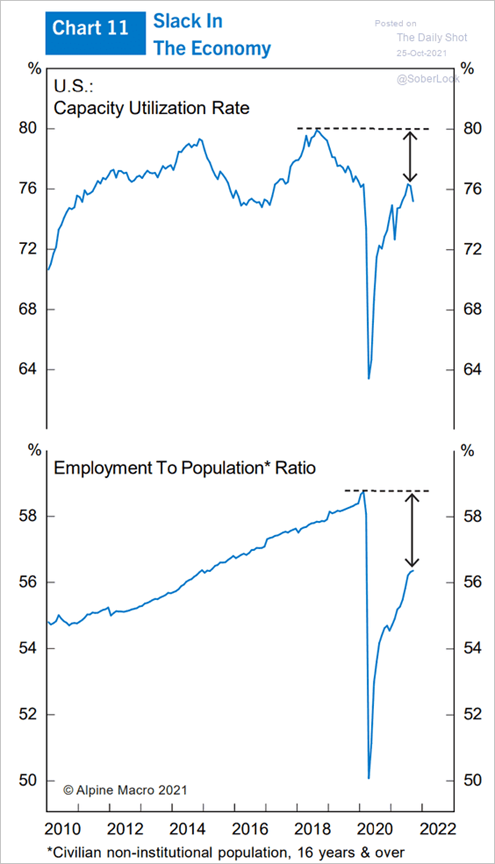 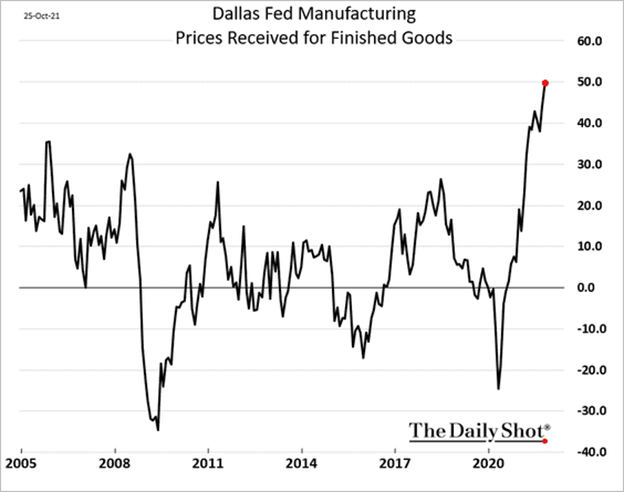 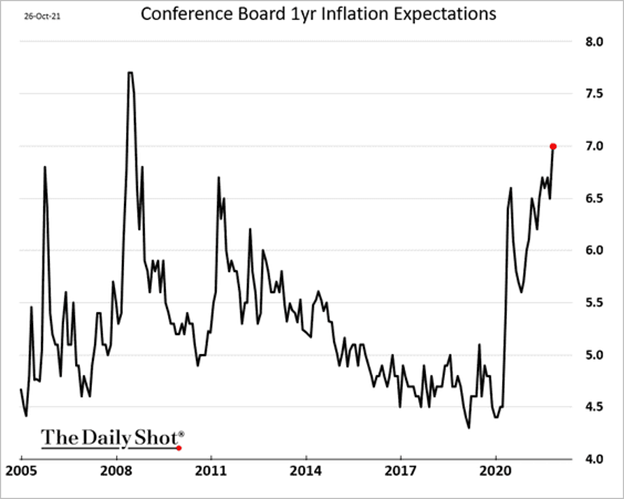 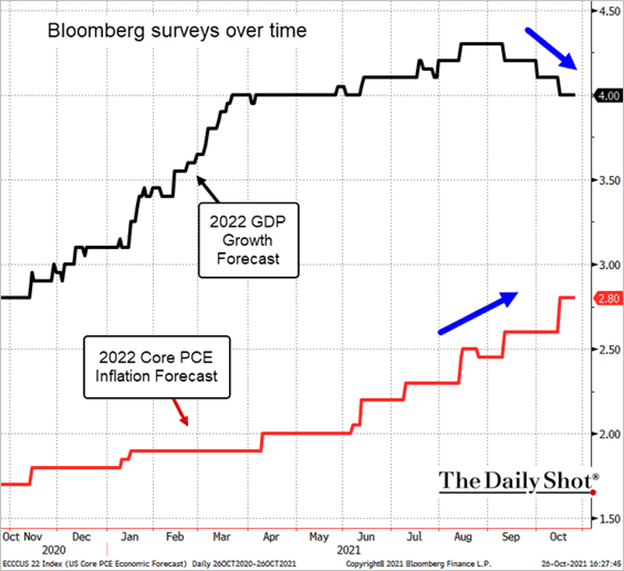 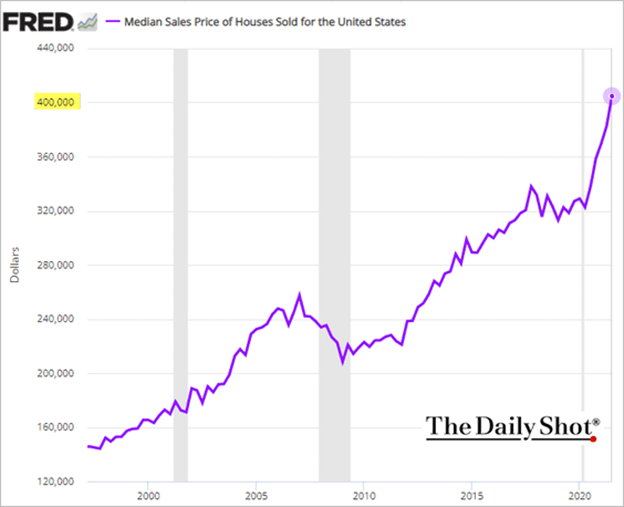 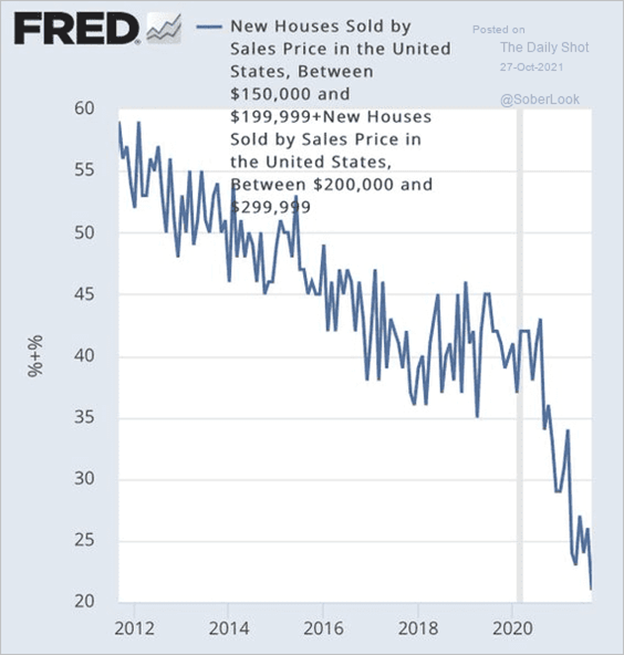 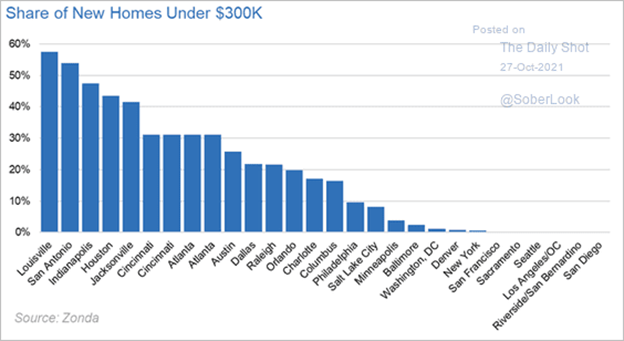 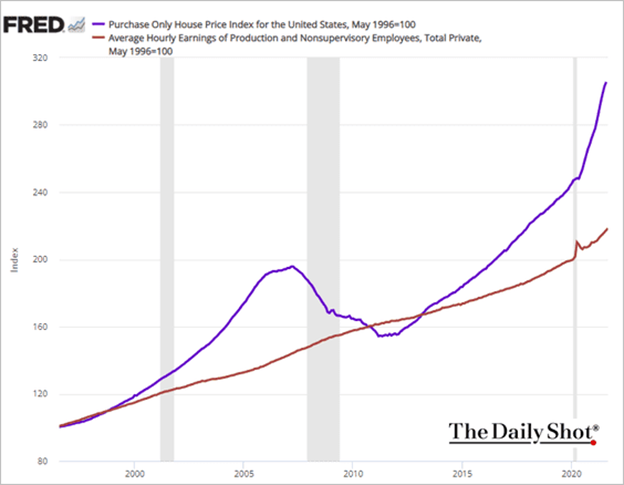 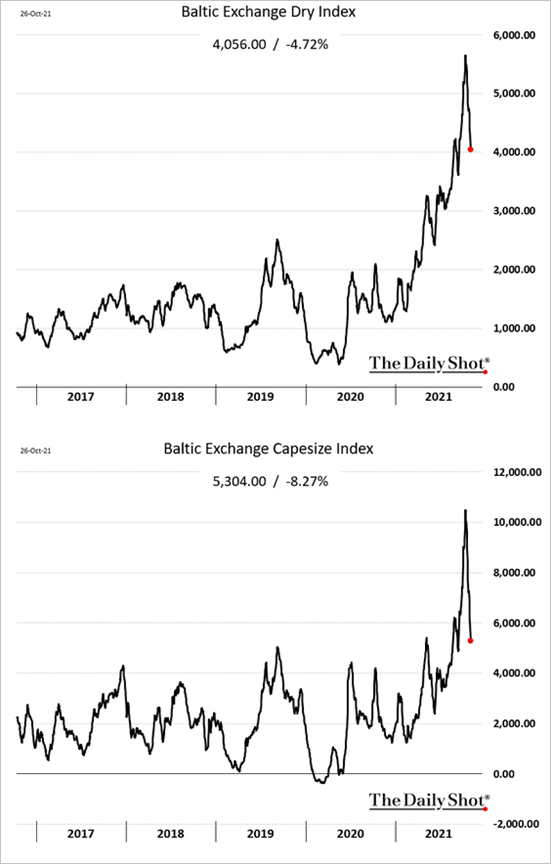 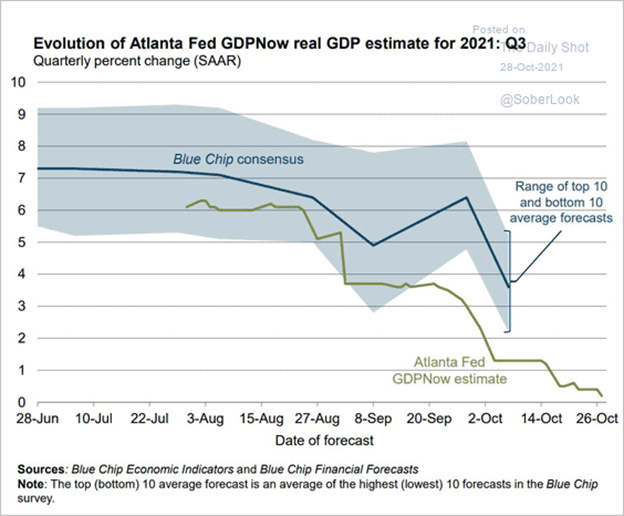 Concerns are mounting that global central banks are becoming increasingly hawkish in the face of stronger than expected inflation. The combination of supply chain constraints, a weaker economy in China, and tighter monetary policy will slow economic growth. The Treasury curve continues to flatten (as are yield curves around the world).

The Velocity of Money

The acceleration in debt relative to GDP has correlated closely with the sustained decline in the velocity of money, cutting it to nearly half of what it was in 1997. You can think of the velocity of money as the frequency with which one unit of currency is used to purchase domestically produced goods and services within a given time period. More money circulating means a stronger economy. The slower the velocity, the slower the growth in the economy. Note the drop in money velocity since 2000.

This is something that also shows up in the growth rate of a country. For example, from 1870 until 2000, U.S. real per-capita GDP rose by 2.2% per year. Since 2000, the growth has been 1.1% per year. The speed with which money moved through the system was cut in half since 1997, as was the growth rate of the economy. More debt hurt, rather than helped, economic growth.

Total domestic debt by country. Shown is the growth in debt over the last 12 months and the last five years. But I want you to focus in on the “as a % of GDP” column. As you’ll see farther below, the debt death trap begins when the government debt-to-GDP ratio rises above 90–100%. 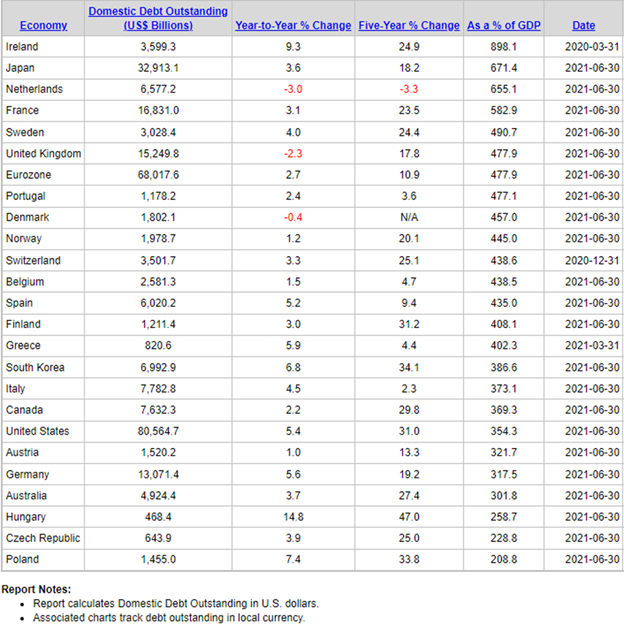 Debt comparisons in the major global economies look like this: 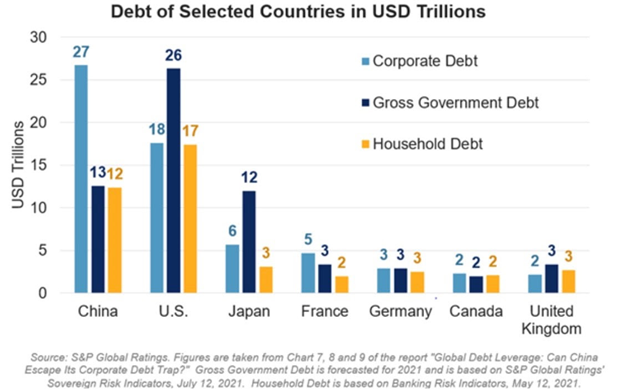 Inflation is real but it takes a different bite, depending on what you buy. This chart shows the three Consumer Price Index categories that affect everyone, and the main culprit is readily apparent. Food and housing costs are up, but not nearly as much as energy. 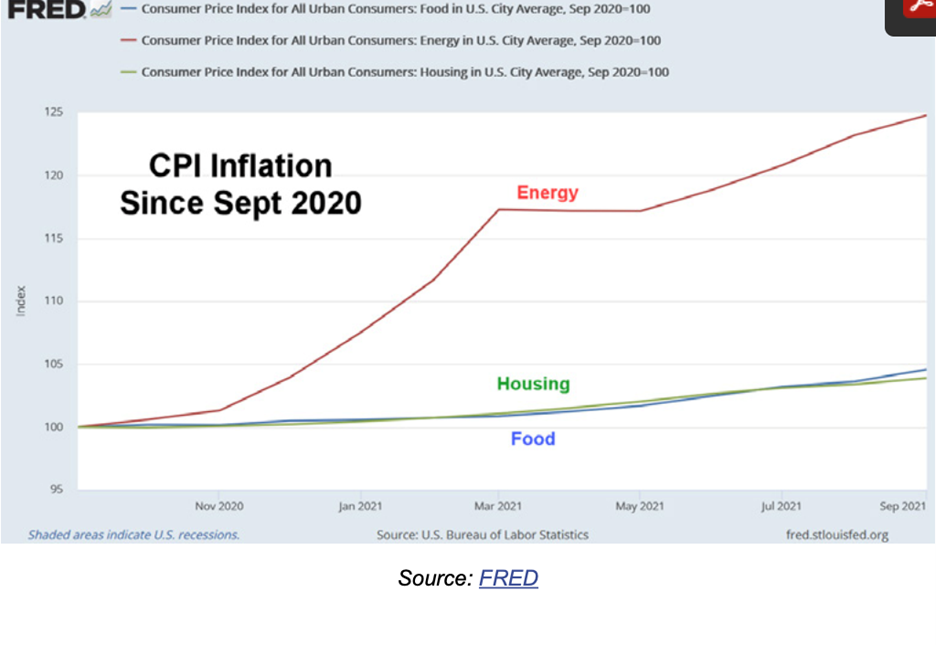 Food and housing are probably bigger expenses than energy for most households. But at this rate, the pain is just as bad. It also bolsters perceived inflation because energy costs are more obvious. You get a vivid reminder every time you fill your car or truck. To varying degrees, energy is built into the price of most other goods and services. Inflation is unlikely to lose momentum until energy breaks down, and we see no sign of that happening yet. 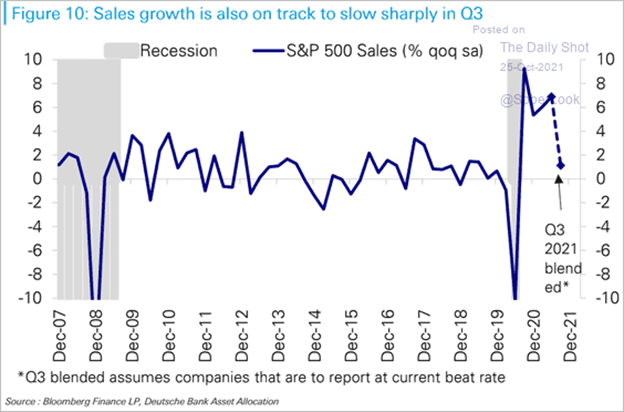 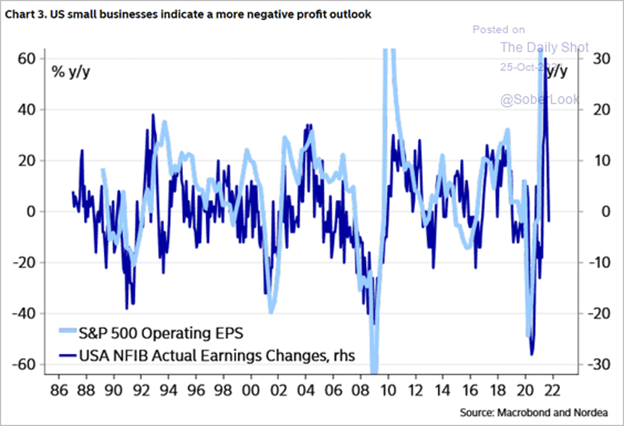 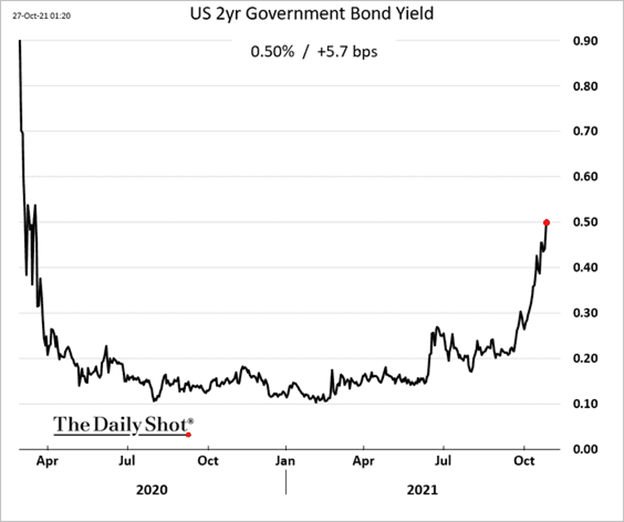 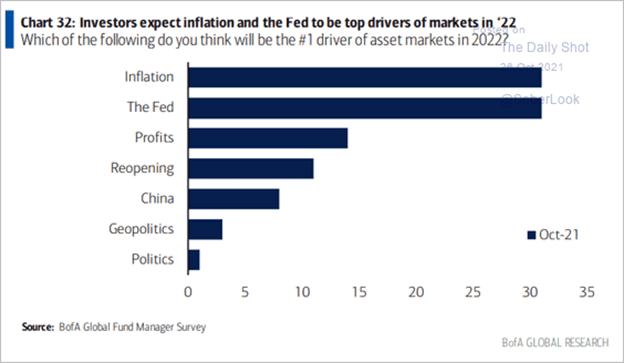 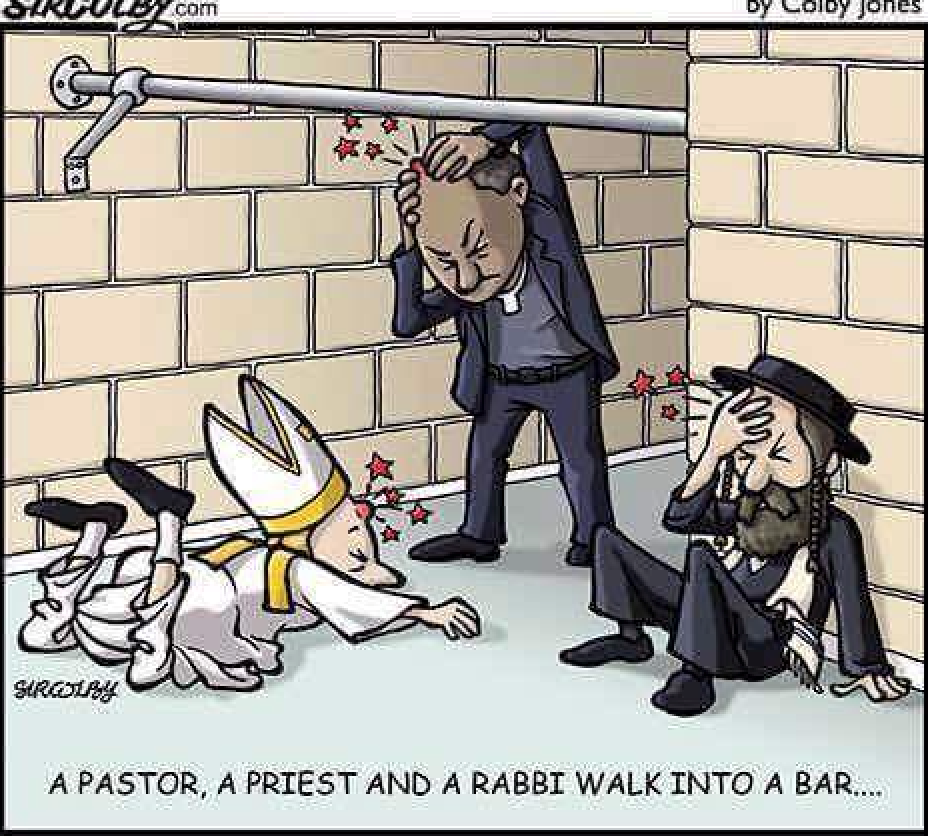 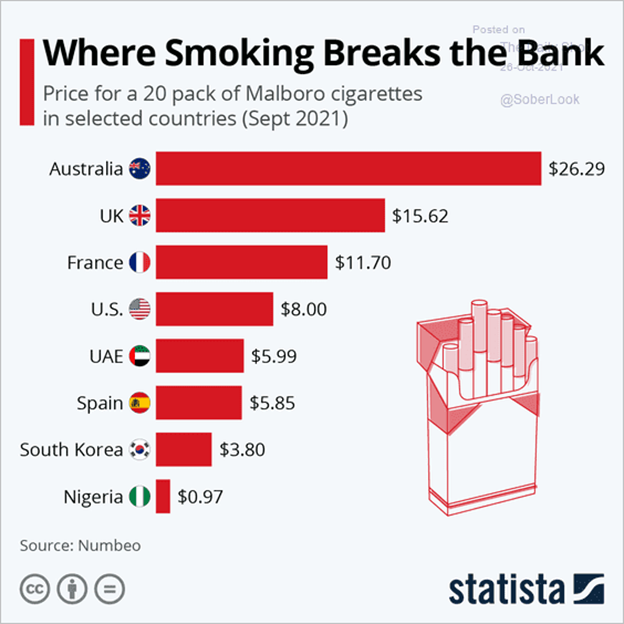 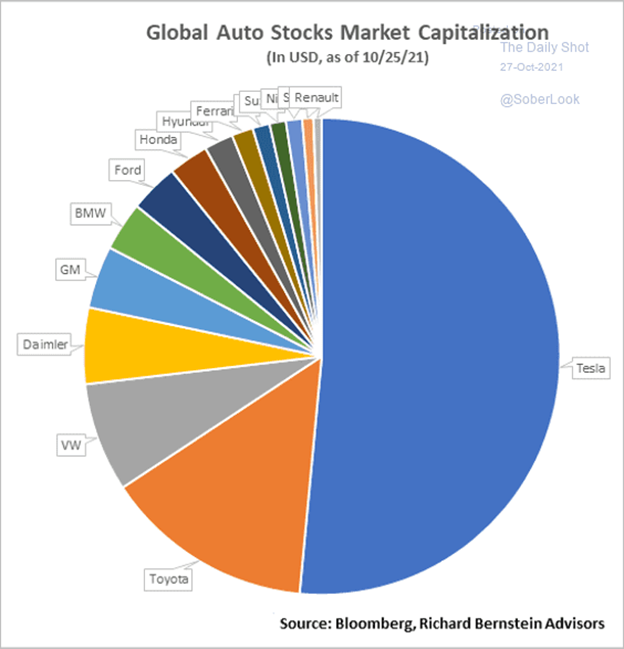 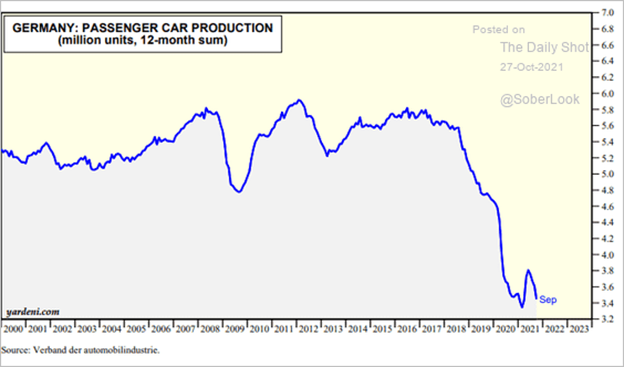