The crypto industry is celebrating a long-awaited milestone today as the first exchange-traded fund linked to Bitcoin (BTC-USD) launches on the New York Stock Exchange. The ProShares Bitcoin Strategy ETF (BITO) does not invest directly in Bitcoin, but will rather hold futures contracts of the digital currency – meaning it will have a very high correlation with Bitcoin, but won’t mirror the token’s exact value. It will also cost more to own the fund, but some may be willing to pay up for institutional level custody, execution and security.

The new approval could bring more investors into the crypto market as it comes with a more regulated structure. That means 401(k)s and IRAs could now have an allocation of the sector, while the ETFs will also be available through brokerage accounts. Until now, Bitcoin has been a favorite among tech-savvy or younger traders, who are more comfortable with its technology, as well as the risks or price swings involved with their investments. At the time of writing, Bitcoin is up 1.7% to $62,324.

While the SEC has recently taken a tougher stance on crypto, the ETF green light highlights what structure the agency is currently able to tolerate. Bitcoin futures trade on the Chicago Mercantile Exchange and are regulated by the Commodity Futures Trading Commission, while Bitcoin-related ETFs have already launched in other countries like Canada. There are also concerns about purchasing Bitcoin through digital currency exchanges, given worries about hackers or losing so-called private keys.

The ProShares Bitcoin Strategy ETF might be the first to list in the U.S., but it sure won’t be the last. Grayscale Investments is jumping on the train with plans to convert the Grayscale Bitcoin Trust (OTC:GBTC) – which has $38.7B assets under management – into a spot ETF. Other issuers that are excited about the recent approval include names like Valkyrie, Galaxy Digital, VanEck, ETF Series Solutions and ARK Invest. 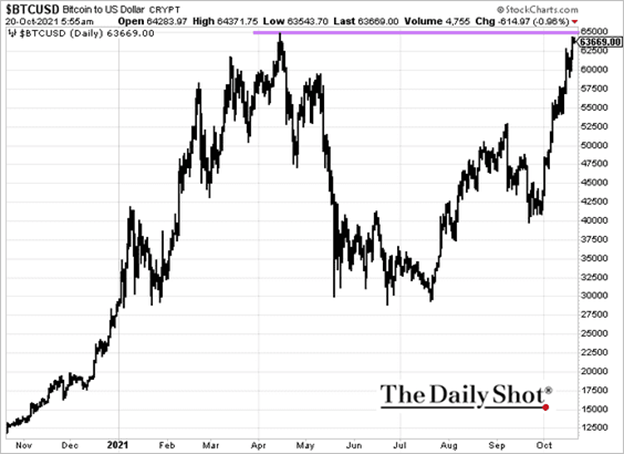 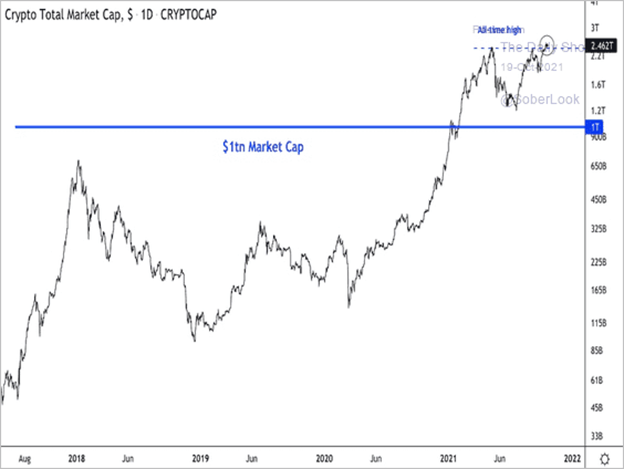 The ProShares Bitcoin Strategy ETF (BITO) made its trading debut on Tuesday.

Valkyrie Investments’ bitcoin futures ETF will debut on Friday under the ticker BTF (not BTFD as originally planned). 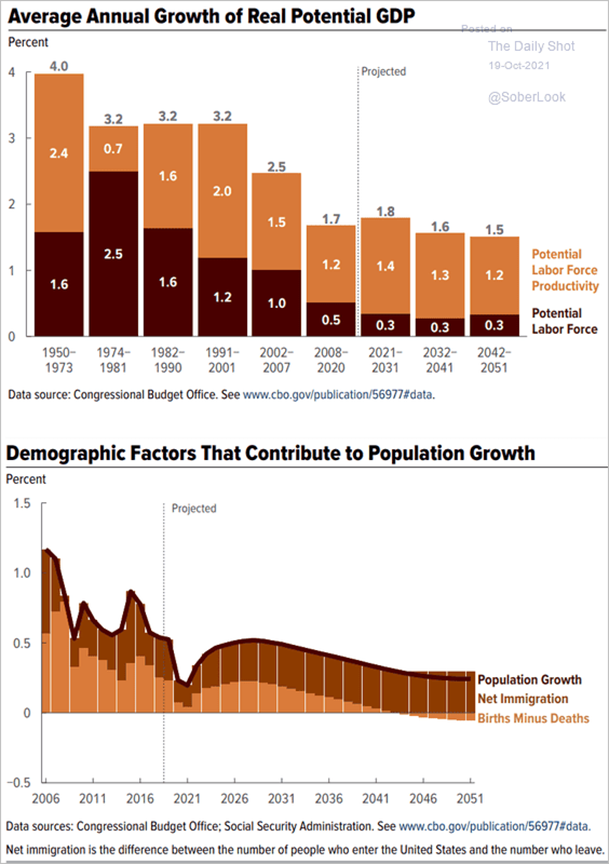 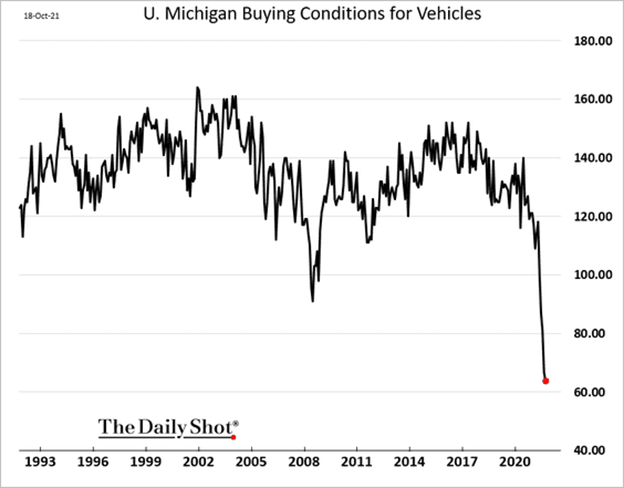 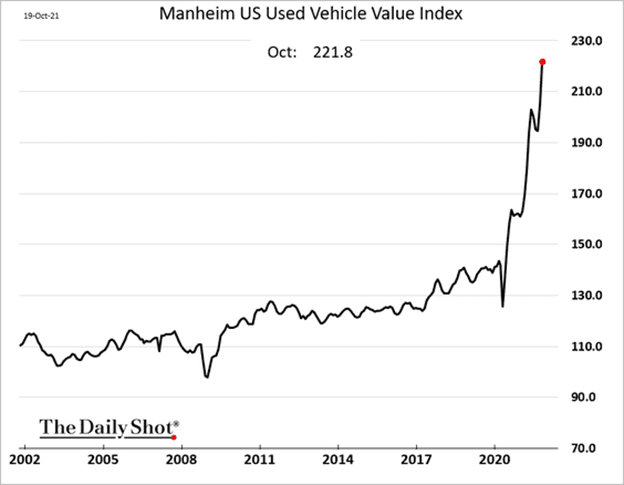 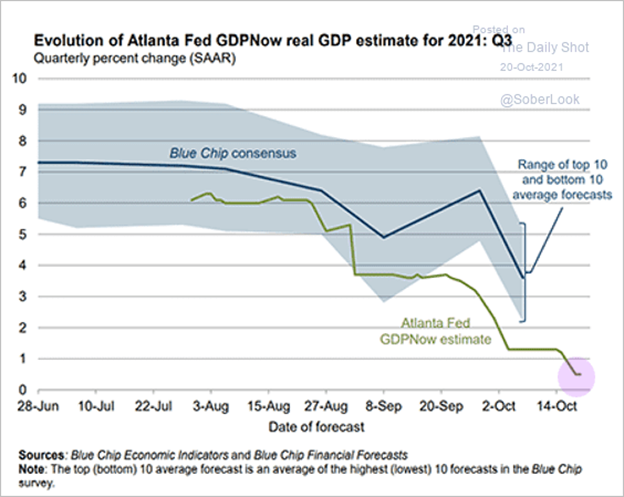 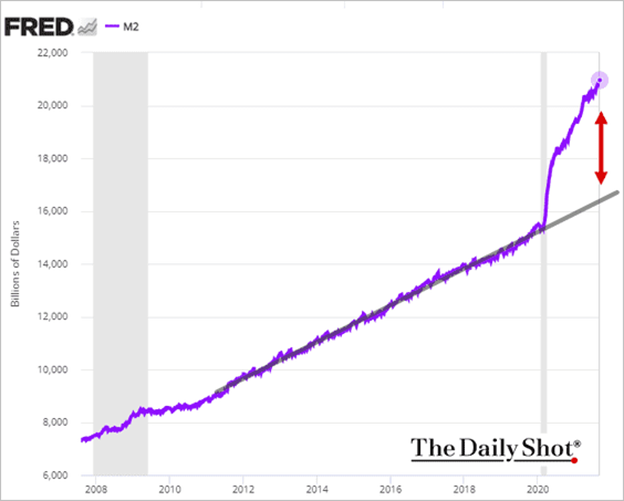 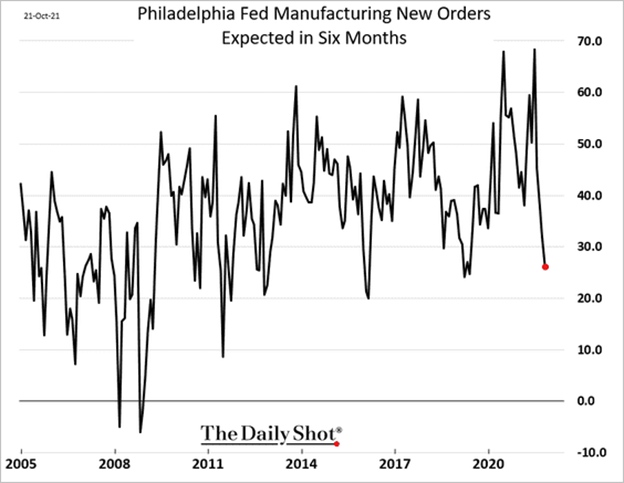 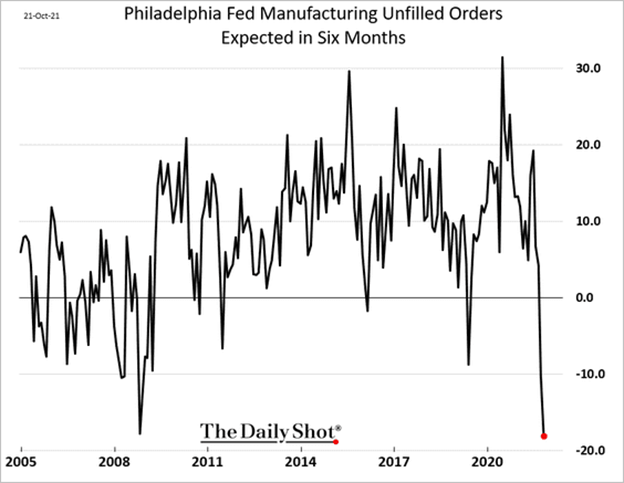 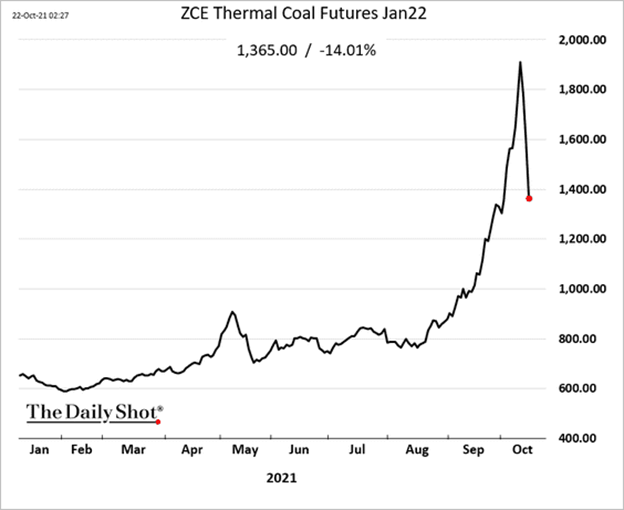 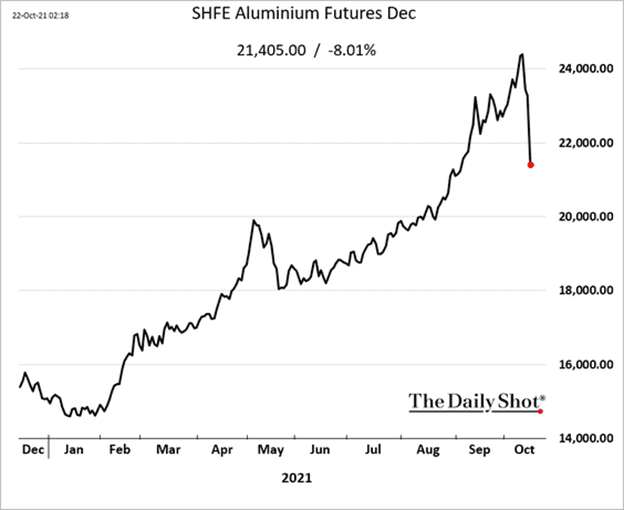 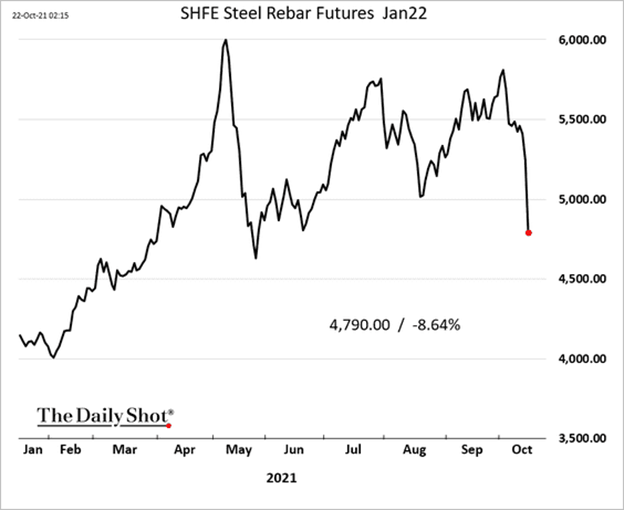 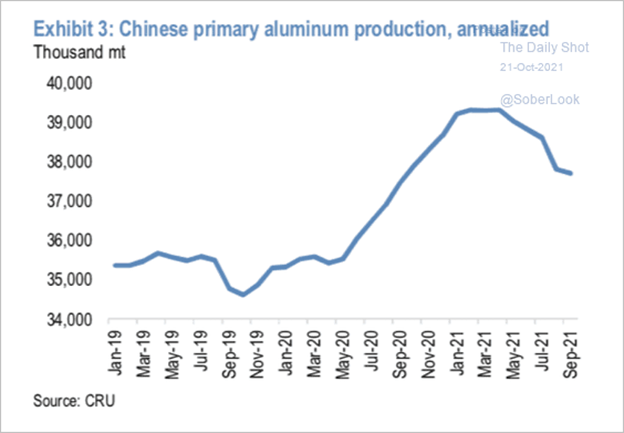 Government debt is causing our problems, not solving them.

Unlike now, velocity of money was stable in the 1970s, allowing supply disruptions to spark major inflation. Declining velocity this time should limit that pressure. Treasury yields may go temporarily higher but these sporadic moves won’t last.

Here is the Beige Book tracker from Oxford Economics. 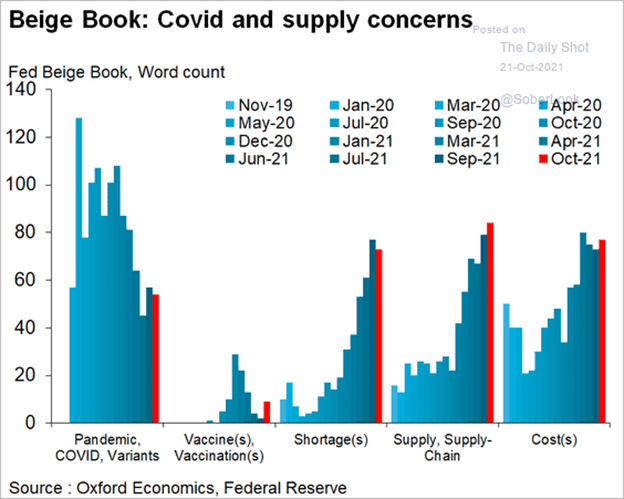 The Fed is running policy as if the economy were in a depression when it is booming. More inflation is probable, at least in the short run, and we best appreciate how inflation can wreak havoc on stock prices.

The markets are now expecting a much more hawkish Federal Reserve than most analysts have been forecasting.

Two rate hikes next year are now fully priced in. And the probability of three hikes is over 70%.

Has the market overshot on its Fed tightening expectations? If not, the trends above don’t bode well for risk assets such as stocks. 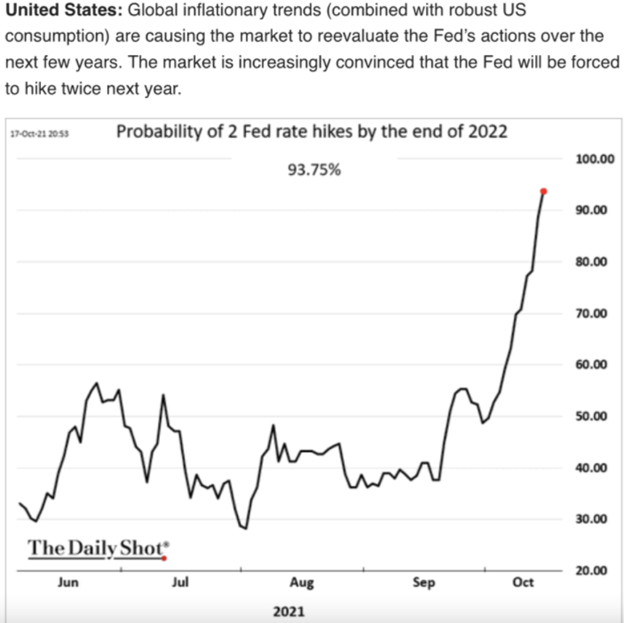 Federal Reserve officials will no longer be able to buy individual securities following the recent controversy over portfolios that resulted in the departure of two regional bank presidents. That means no more stock picking and active trading of derivatives, leaving officials to only purchase diversified investment vehicles, like mutual funds. The new restrictions will apply to both Reserve Bank and Board policymakers, as well as senior staff.

Quote: “These tough new rules raise the bar high in order to assure the public we serve that all of our senior officials maintain a single-minded focus on the public mission of the Federal Reserve,” Fed Chair Jay Powell said in a statement.

Earlier this week, The American Prospect reported that Powell also sold up to $5M in a broad index fund as the economy was recovering from the pandemic last year. 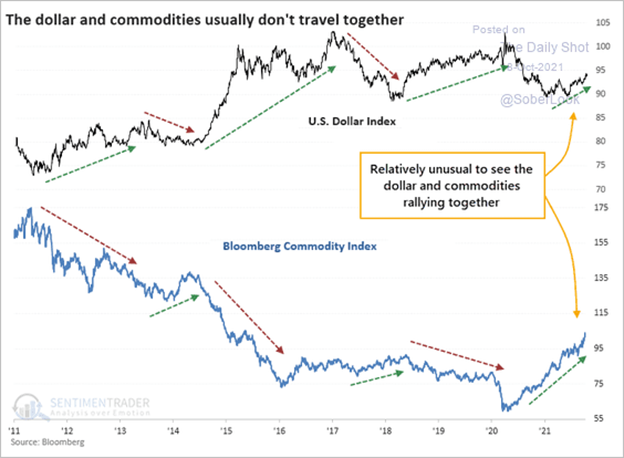 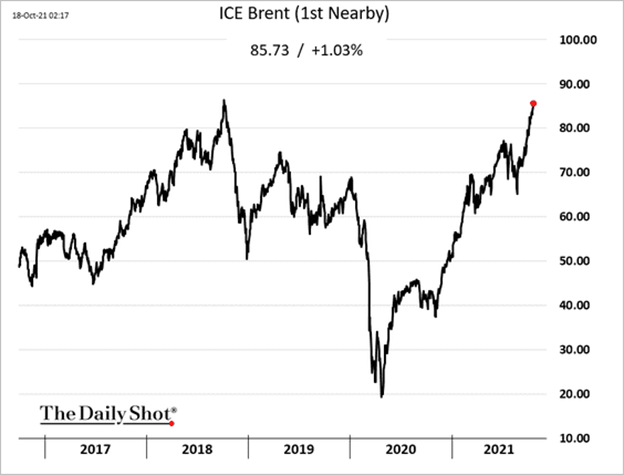 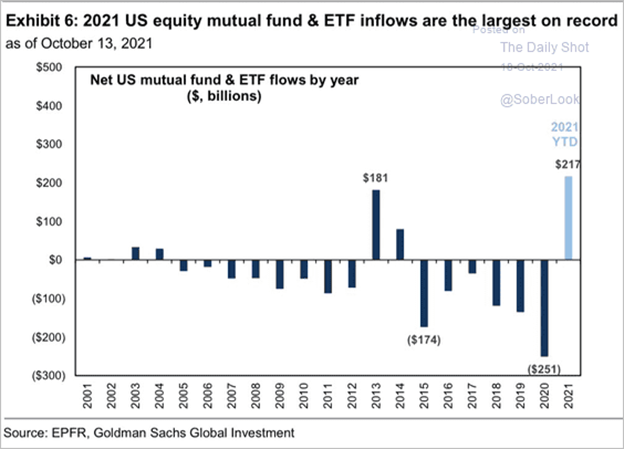 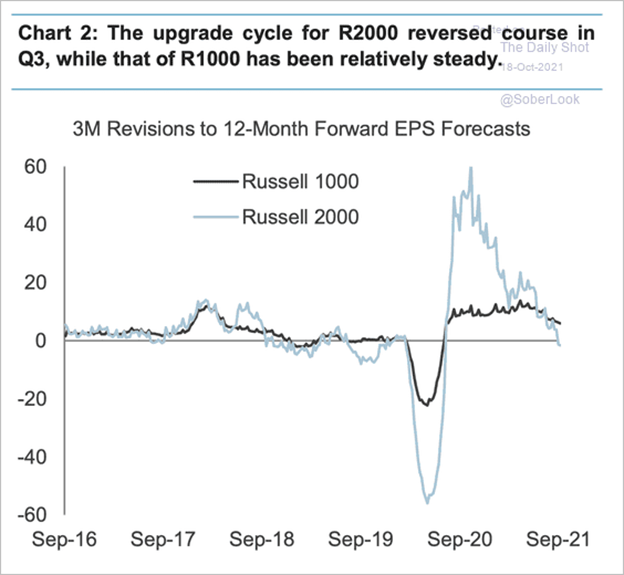 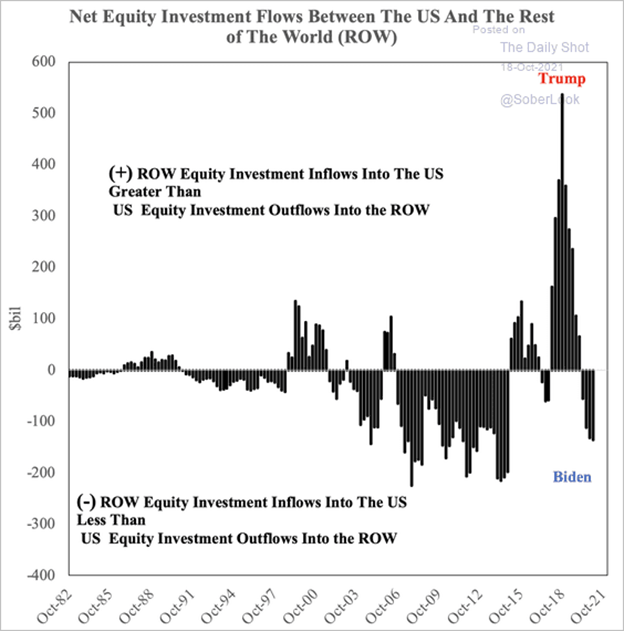 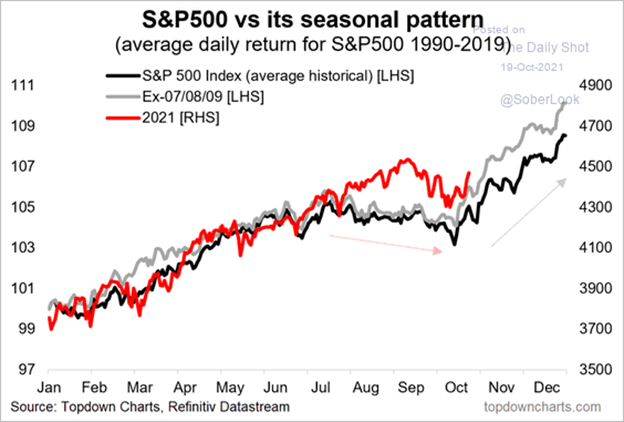 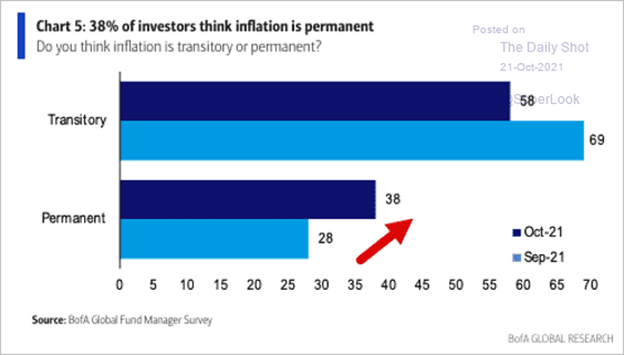 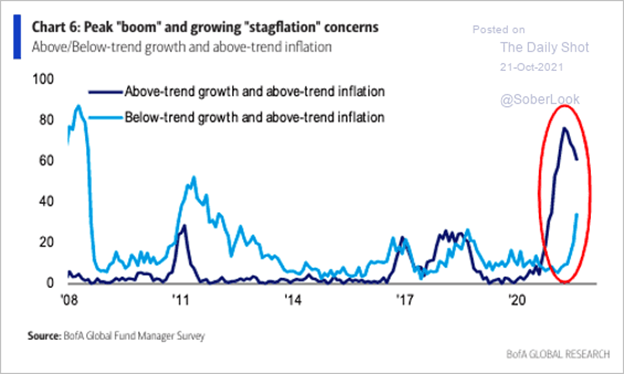 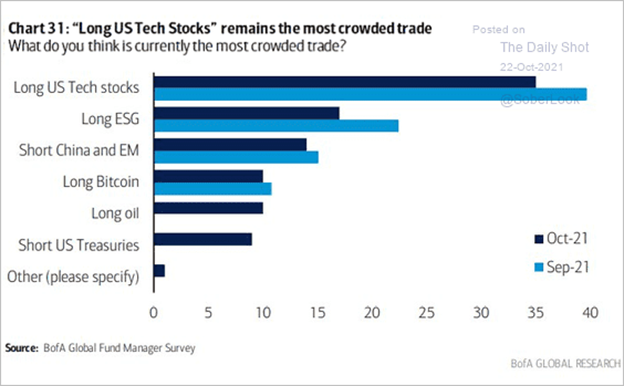 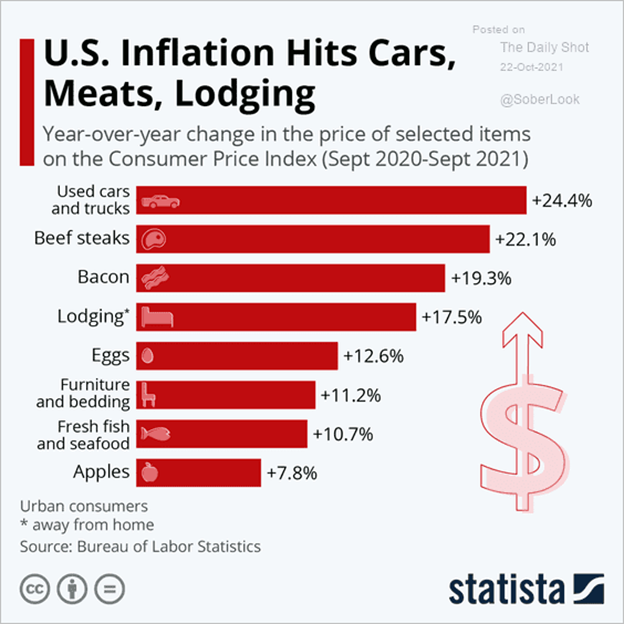 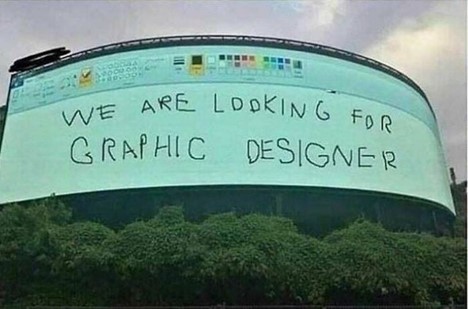 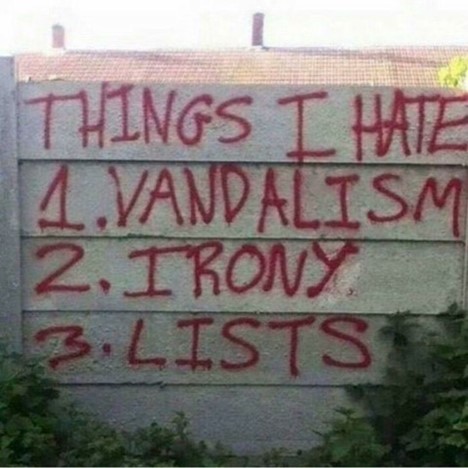